At Tokiwa Amusement Park in Ube City, Yamaguchi Prefecture, "TOKIWA Fantasia 2020" will showcase the amusement park decorated with media art. Beautiful lights and music will be illuminated throughout the amusement park at night through dynamic projection mapping, beautiful shining illuminations and interactive programming.
The participating media artists for “TOKIWA Fantasia 2020” are Ryota Kuwakubo, Kyota Takahashi, plaplax, Tadashi Mitani, and Mirrorbowler who are globally successful. Jun’ya Yamaide from BEPPU PROJECT is in charge of organizing and selecting all of the pieces on display. Until last year, "TOKIWA Fantasia" illumination event was handled and managed by volunteers every year. This year the artists are participating in helping transform the amusement park into a spectacle of media art!

The amusement park becomes a spectacle of media art at night !

An unforgettable and unique media arts experience for children!
"TOKIWA Fantasia" is a popular winter event in Ube City, with handmade illuminations and decorations by Ube volunteers. The event is always crowded and many look forward to it every year.
This year, in addition to the traditional handmade illuminations by volunteers, dynamic projection mappings will be showcased by the many artists who are still active in Japan and internationally. Beautiful shining illuminations and interactive works making full use of programming technology, in conjunction with computers and sensors, will be exhibited leading to a unique and unforgettable experience!
We hope for Tokiwa Amusement Park to be a place for children to help deepen their imagination and broaden their horizon by experiencing unique and diverse works that are difficult to see in everyday life.

"The Remaining Figures".
The Edo period's great invention, "Namba" is brought back to life with light trails!

"Namba" was invented in the charcoal city of Ube during the Edo period. The wheel's movement, which supported the heavy work of pulling heavy objects out of vertical holes, will be recreated with many grains of light.

He takes a close look at events that occur on various boundaries, such as digital/analogue, human/machine, and sender/receiver of information. His representative works include "VideoBulb," "PLX," and "Nicodama".
After "The Tenth Sentiment" (2010), he has started to create installation series "LOST" that uses lights and shadows that work on the viewer's memory to weave its own inner experience.
He is also active as an art unit, Perfektron, and was involved as a compositor of "Design Ah! Exhibition" (2018, Toyama Prefectural Museum of Art and Design, The National Museum of Emerging Science and Innovation).
He was awarded the new face award of Minister of Education Award for Media Arts and selected for the Documenta Film and Video Festival in 2011.

"Kaohame the World in Tokiwa Amusement Park"
When you put your face on the Kaohame sign, your face will be projected on the air balloon of Kurukuru zo-san, the popular amusement park ride!
A face-saddle signboard that can be seen from all over the country, ranging from tourist spots, shops, and amusement spaces, appears in front of "Kurukuru zo-san"! However, this is not an ordinary face- saddle signboard. The spinning elephants, horses and your face in the air balloon creates a fun and mysterious world ! 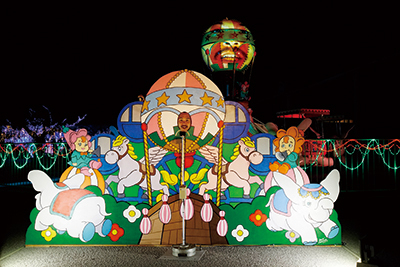 Kyota Takahashi is active in a wide range of domestic and international activities such as public projections, installations, and performances with lights and images. His lighting projects for large buildings, such as the Kyocera Art Center in Kyoto, Tokyo Station, and the Towada Art Center create dynamic and sculptural works of lights. He is also involved in many large-scale participatory art projects, such as “Yume no Tane”, “Hiksri no Mi”, and “Hikariba”.
He is the receiver of the Good Design Award (Environmental Design Section, 2005), Kyoto Prefecture Cultural Awards Encouragement Award (2008), Kyoto City Newcomer Artist Award (2010), DSA Excellence Prize (2015), Lighting Design Award 2018 Judges Special Prize, First Place Prize and 30th anniversary Art-Craft Prize on the 28th AACA Award.

* Example image above (varies from actual)

"The Great EscApe"
Monkeys at the zoo have escaped into the amusement park at night! Tonight is a "Great EscApe"!!
The monkeys have escaped from the zoo! They run around, jump from branch to branch, and can be seen all over the learning facility zone. How many silhouettes of monkeys illuminated by searchlights can you find?
Cooperation : Tokiwa Amusement Park, Tokiwa zoo

Their work spans across different areas such as space, video, and products based on interactive works. They are working on new discoveries, creative learning, and creation of exciting experiences by delving into stories and using a variety of media. In addition to presentations at exhibitions, they also collaborate in different fields such as space production and device/content production in public spaces/commercial spaces and events, product design, joint technology development with universities and companies.
Their work has been exhibited domestically and internationally in places such as Ars Electronica (Austria), SIGGRAPH (USA), Pompidou Center (France), Japan Media Arts Festival (Japan). They launched the TV program “Design Ah!” for NHK Educational TV. 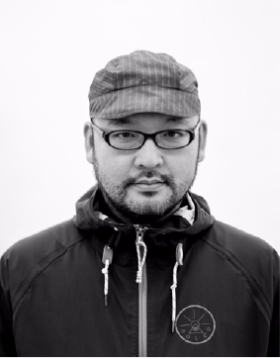 He energetically develops space and light systems based on 3DCG-based video production technology and launches a space that fuses the character of the place with video technology.
He has also handled mapping events for Nijo Castle in Kyoto, Kodaiji Temple, Red Brick Warehouses in Maizuru City, Sannomaru Square in Himeji Castle, and Fukuchiyama Castle, as well as large-scale permanent video systems in hotels, event spaces, and public spaces.

05 Mirrorbowler "Close Encounter 369"
,http://gdata.youtube.com/feeds/api/videos/PA9MNTVZInQ,,{"playerWidth":"640","useCustom":false,"autoPlay":false,"autoLoop":false,"autoNext":false,"quality":"default","qualityName":"自動","coverImage":""}
"Close Encounter 369"
A huge shining UFO has landed in Tokiwa Amusement Park!
A glittering UFO appears in the center of Tokiwa Amusement Park !! The innumerable lights and colors emitted by the UFO made of many mirror balls transform the area into a fantastic space and take the viewers to space travel.
Art Direction & Design : Norio Nakamura

An art group that uses mirror balls to create spatial works of light and reflection.
Their works emit innumerable lights and colors, and seek a new way of Hikari(lights) that resonates with the heart in a space of unique, fantastic and cosmic feeling.
They have directed in various light events and illuminations, from directing lights at rock festivals, and directing lights in music videos for artists such as Kyary Pamyu Pamyu, Kaela Kimura, and Hiromi Go. 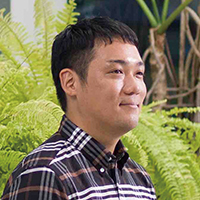 Born in 1981, Nobuaki Doi is a CEO/president of New Deer Inc., and Festival Director of New Chitose Airport International Animation Film Festival. While conducting research on non-commercial and independent animation films mainly on Russian animator Yuri Norstein, he has collaborated in many projects with filmmakers such as Animations and CALF; planned various screening events such as "GEORAMA", and contributed to various magazines including Eureka. He launched New Deer in 2015 and started distributing overseas works such as "Boy and the World". He also has a lot of experience as a curator and jury for international animation film festivals. He published two books "Personal Harmony: Yuri Norstein and the Aesthetics of Contemporary Animation" and "Introduction to the animation in the 21st Century" (both published by Film Art Sha). 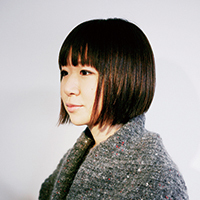 Asami Ike has produced many animations for TV, WEB, movies and etc. In recent years, she has directed the media art Exhibition "Hikaru Dobutsuen" at the zoo, and produced projection mapping in open space. She designs the relationship between animation, place and music.

Community Illumination Exhibition
Illumination works created by volunteers such as companies, schools and groups are exhibited. 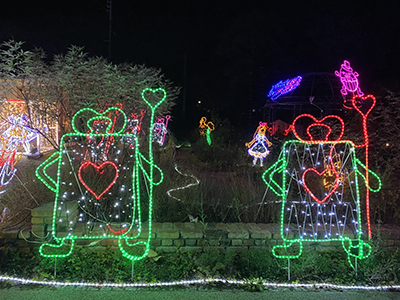 Lights up the UBE Biennale Sculpture Hill
The works exhibited at the 28th UBE Biennale are decorated with lights. You can appreciate the fantastic sculptures that emerge in the light. 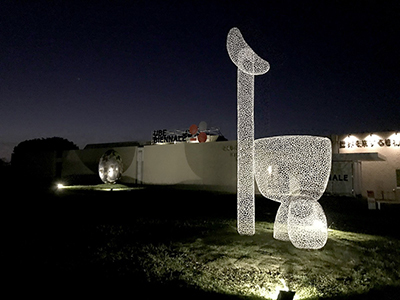 "Botan-en" and "Satoyama Light"
The winter Peony flower will be exhibited starting from the end of December in a join collaboration with the Japanese garden "Yushi-en". 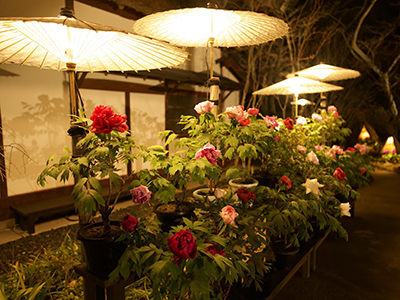 Christmas Cards
Christmas cards with pictures and messages from children in the city are displayed from the front entrance to the amusement park entrance. 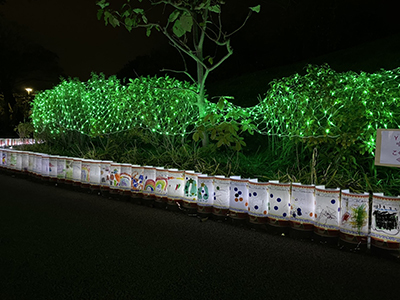 Amusement Park is Open
During the Fantasia period, the amusement park is also open until closing ( 9:30 PM ). You can enjoy the fantastic world and displays seen from the top of the Ferris wheel! 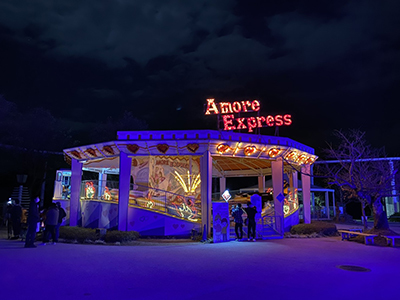 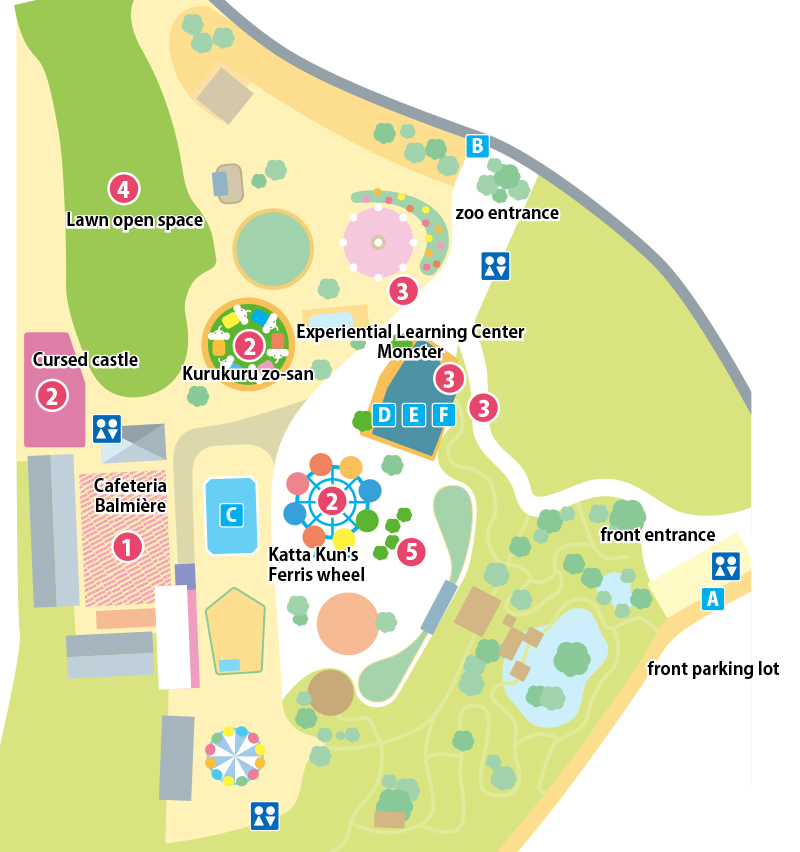